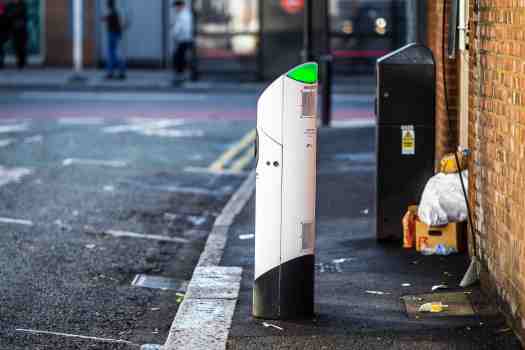 Unfortunately the Delivery Plan’s main focus is the automotive industry, or “initiatives to remove barriers and improve the conditions for accelerating investment” and growth in the EV sector.

While London Living Streets agrees that London must remove diesel and petrol vehicles from its streets, the switch must be to walking, cycling and public transport rather than  electric cars. EVs still pollute, produce carbon emissions, cause congestion and injure many people. There is also a real risk that EVs will increase car usage since they are so cheap to run.

Active travel groups were not invited to join the Taskforce, but London Living Streets was asked to present and attend workshops. We note that the Mayor’s Transport Strategy, and its ambition to reduce car dependency, guided the principles of the Delivery Plan. But we are concerned the Plan does not go far enough to achieve the Transport Strategy’s aims for 80% of all trips to be made by walking, cycling or public transport by 2041.

London Living Streets advocates a hierarchy of EV charging locations. (This applies to slow to fast chargers. It goes without saying that all rapid chargers should be provided via off-street hubs or depots as outlined in the Mayor’s Delivery Plan.)

The principle guiding our hierarchy is that infrastructure, planned strategically, could change how people use and park cars. With car ownership declining across London, residents are ready for a shift to shared cars based in off-street locations.

But the Delivery Plan turns this hierarchy on its head for prioritising solutions such as lamppost charging for on-street residential charging. While this is an improvement on  the charge points and feeder pillars currently blocking pavements across the capital, their trailing cables still present trip hazards. They are also unsightly.

Ambitions for carriageway charging are also lukewarm, calling for this “where conditions are appropriate”.  All on-street charging solutions, whether on lampposts or the carriageway, will also lock us into another era of streets lined with parked cars missing opportunities for other uses such as parklets and greenery.

It is great to see our idea of off-street residential charging in the Plan, as ‘residential hubs’ or ‘community chargers’. But these must be the default if we are to create a shift to active travel. These off-street charging hubs should also be prioritised for car clubs and teamed up with other services such as last-mile delivery consolation to further reduce motor vehicles on streets.

We hope the pan-London coordination body will urge this alternative vision of how to park and charge our cars.

The Mayor’s press release says “London needs an electric revolution”. What’s really needed is a transport revolution and EV infrastructure has a role to play in enabling that.

Our checklist to guide London councils on residential EV charging infrastructure is available here. More detail is also available on a briefing document.