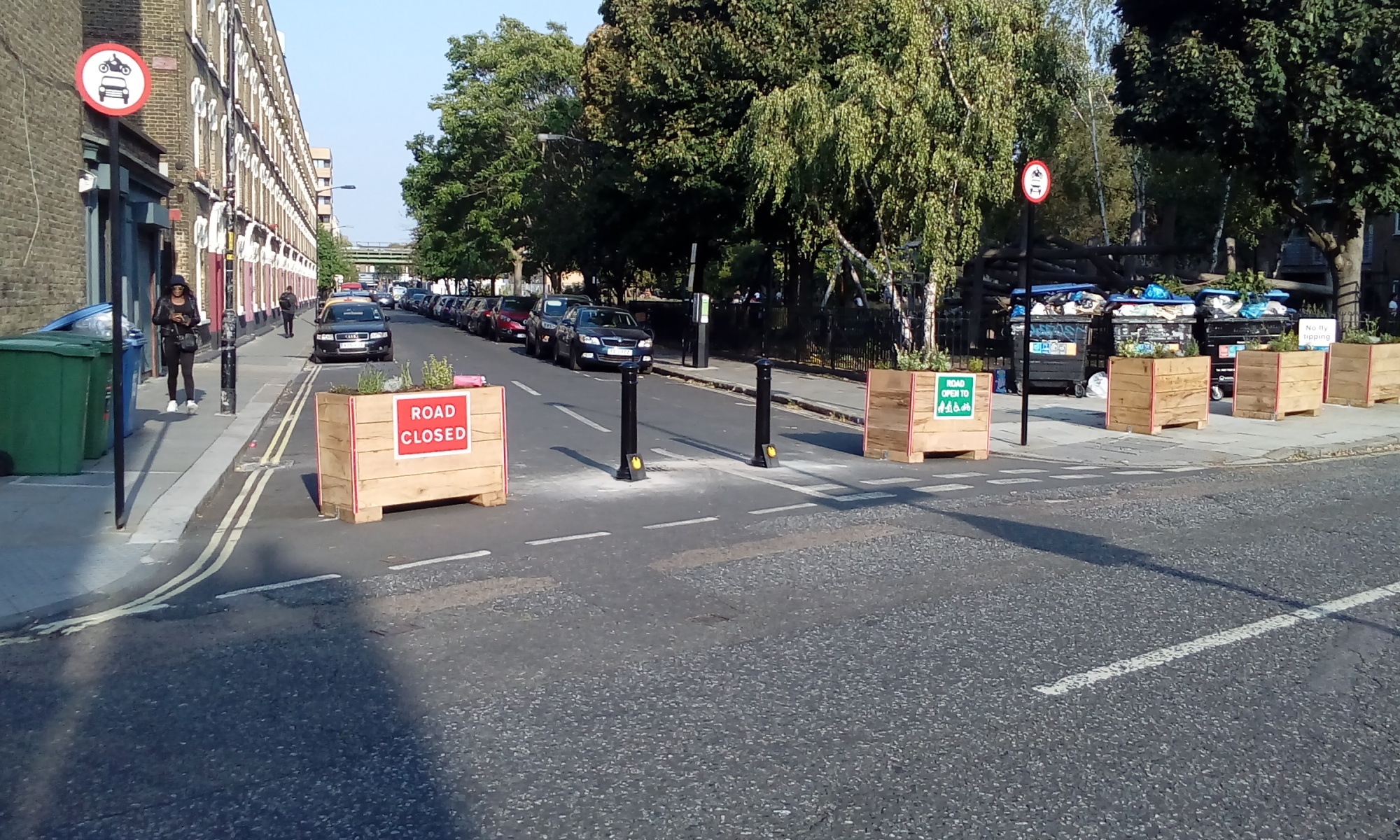 It has now been just over a year since the first Low Traffic Neighbourhoods were introduced in London in response to the first lockdown and initial monitoring results are in from 4 of the London boroughs that introduced them at that time – Islington, Hackney, Lambeth and Southwark.

We thought that it might be helpful to summarise what the results have been so far. If we have missed anything (highly likely!) then please do get in touch and we will amend and add to these findings.

There are a couple of things to note before we get to the results. Firstly, with the exception of Hackney, all of the final results have been adjusted (normalised) to take into account the changes that were occurring in traffic volumes (owing to the pandemic) across the borough/London at the time that the post-implementation monitoring took place. So hopefully like is being compared with like. In Hackney, the council has given other data to allow comparison but has not adjusted the figures.

Secondly, cycling numbers do appear to increase dramatically when LTNs are introduced. The exception seems to be in Islington but that appears to be because the pre-implementation research was done during summer 2020 and the post-implementation work was done in November 2020 and February 2021 when overall cycling numbers are likely to be far lower.

Thirdly, we have always thought from previous research in the Mini-Holland boroughs (Waltham Forest, Enfield and Kingston) that the big winners when LTNs are introduced are people on foot[1] [2] but unfortunately none of the data released so far captures the impact on walking. The available data to date therefore probably understates the active travel benefits of the new cohort of LTNs in London.

So what have the results shown so far?

Summary. So although these studies were often the first in a series of monitoring, is it reasonable to suggest the following?

Detailed Results. The detailed results are shown in the jpegs below and are brought together here.

[1] Making use of the data from Hackney as shown in the spreadsheet.

One Reply to “Impact of 2020 Low Traffic Neighbourhoods in London – initial traffic counts now in from 4 London boroughs.”